My name is Noun Phymean, I was born in the province of Kampong Cham in 1971. In April 1975 The Khmer Rouge took control of the whole country. It was a time of darkness and despair. In four years the Khmer Rouge destroyed everything, there were no longer any schools, hospitals, pagodas or even money. Those of us who lived through that time were made to work in the fields with only small amounts of food to survive on. We were hungry all the time.

Even after the Khmer Rouge were defeated there was still a lot of fighting. My country had been destroyed and we all had to begin again. There was no one to help us. We had to be strong and work together just to live. Two million people died. I, survived, along with my parents and sister but many of my extended family were killed. 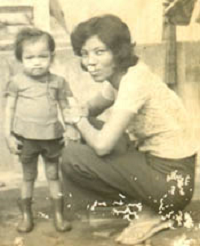 The most important person in my life was my mother. She was a kind, strong and intelligent woman who had a huge influence on my life. Sadly she died from cancer when I was in my early teens. She taught me many things but the lesson I remember most from her were these.

These were very wise and powerful words. To this day they still inspire me and motivate me in my work helping the poor children of my country.

With the death of my mother I was on my own, having to survive in in dangerous and difficult times. I also had the responsibility of caring for my niece who was only two years old. I knew that we had to support ourselves and that I also needed to finish my education. Without an education I knew there was no hope for a better life..I got a part time job, as an office assistant. That let me earn a small amount of money while I was a student. It provided me with enough money for food and for school fees. Later I got my degree and I knew my mother was right. - Education is the key to a better life.

By the end of the 1990’s things were better. Cambodia was more peaceful and I had a good job working for the United Nations and later the International Labor Organization. It was then that something happened which changed my life and motivated me to fight for the rights of children. Especially their right to an education.

I knew that in Cambodia there were many young children who did not go to school because they had to work to earn money so their families could survive - but I saw the reality one day when I was eating lunch with a friend.

I had finished eating lunch with a friend. When I threw the chicken bones away a group of children grabbed the bones and gnawed on them to extract some nutrition. I was horrified. I bought lunch for the children and talked with them. They told me that they worked as garbage pickers. When I asked them what they wanted to in their life they all told me that they wanted to go to school. That night, as I thought about the children I could not sleep - it was then that I decided to build a school for them.

The school started in 2002 on the Phnom Penh garbage dump . The children wanted to learn but the only place they could learn was at the place where they worked. It was very hard. It was dirty, smelly and dangerous but it was where they lived, and where they would go to school.

I started with 20 children and one small classroom. More and more children wanted to attend the school and the numbers grew and grew. The children wanted to learn. so we taught them English and subjects in the Cambodian school curriculum.In 2004, with the help of Jessica Newman from Just World International I was able to provide the children with a daily meal and rice for their families.

Today PIO has grown into a large school with classes from Kindergarten through high school, they receive a good education and the very real hope of a brighter future.

I am so thankful to all my family and to the many supporters visitors, sponsors, and volunteers from all over the world who have shared my vision of helping the children of Cambodia and I know that with their continued love and support PIO will continue to support children gain that most valuable asset - a good education.

In my life and work I have learned that even when the worst things happen we can be strong and fight for what we believe in.. That we all need to help one another and work together to make our world a better place for everyone. There is always hope for a better future.and that people with a good heart and a passion for what they believe in any of us can make a lasting difference to the lives of those less fortunate.

Since I set up that first classroom by the city dump of Phnom Penh in 2002, my organization has grown and gained recognition nationally as well as abroad. None of this had been possible without support. We are proud of everything we done but everyday we see a need that we can not meet. We need your support to keep helping the poorest children in Cambodia. By making a donation you will change the future of a child and make a contribution to a better tomorrow 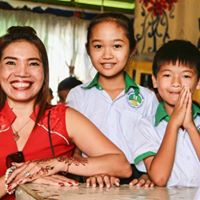 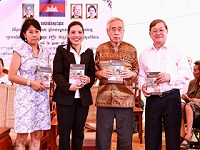 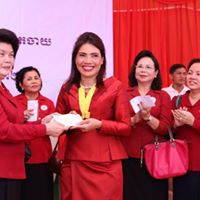 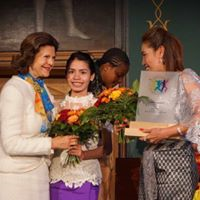 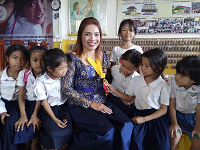 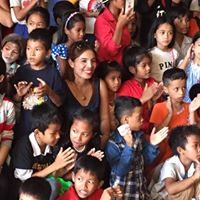